How Long should a Car’s Headlights Last?

It’s never a good time when headlights fail especially in nights. To know the approximate life period for your headlights is a good thing for you. The life time of the headlights depends on many factors. For example, if you drive always with turning on the bulbs of your car, they will burn out sooner than if you use them occasionally at night driving. The life of the bulb is also depends on its type. There are different types of headlights, now we will discuss them. 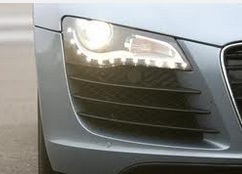 The lifespan of a headlight is estimated by using a complex formula. It involves lumens, watts, voltage, and a few other factors. With the real world testing and each contributing factor combined, a value (an approximate number) is determined.