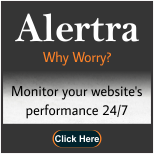 Physical component: The physical components are the network topology and network devices, which include cabling, connections, networking interface card and all other hardware devices connecting the computer. Topology is the different types of computer connections into network. Each connection have is own benefits and drawbacks. The connection has many types these are bus topology, star topology, ring topology etc.

Along with these basic components, Printers, scanners and many hardware devices also need in computer network.